This year’s production will include ten original short plays written by New Jersey playwrights as well as two original dance pieces to represent the 20 years of Jersey Voices. They will be presented in repertory, with interlocking casts, in our black box theater in the Chatham Playhouse, 23 North Passaic Ave Chatham, NJ.

THE FOLLOWING PIECES WILL BE PERFORMED AS “PROGRAM A”:

Grandparents Day by Grace Wessbecher of Morris Plains
Two grandparents each narrate their own story by reminiscing about growing up in Ireland in two different religions and therefore two different neighborhoods. There is an attraction between them that would never have been allowed, but that was then and this is now. This production features Howard Fischer of Berkeley Heights and Geraldine Baillod of Rockaway. Directed by Joann Scanlon of Chatham.

Eleanor Descending a Staircase by Ian August of Lawrenceville
Eleanor wants to buy a print of a painting for her husband's birthday. To do that, she must wrestle with what is Art, what is its purpose in life, and why is this sales clerk such an ass? This production features Judi Laganga of Roselle Park and Brian Carroll of West Orange. Directed by Jon DeAngelis of Chatham.

Run of the River by William Kovacsik of Singapore
A father gets an unexpected second chance to tell his son things he meant to say. This production features Christopher C. Gibbs of Scotch Plains and Matt Lafargue of Morristown. Directed by Maybelle Cowan-Lincoln of Morris Plains.

In Sickness and Fine China by Margaret Ruvoldt
What goes on when a woman drags her fiancé to register for wedding gifts? This production features Ken Vespasiano of Chatham and Miriam Salerno of Millburn. Directed by Steve Catron of Mendham.

Love Me Deadly by Desirée Caro and Anthony Rubolotta of Montclair
A lyrical dance piece centering on the romantic exploits of “Charlie” and his three femme fatales, cautioning us that, in love, everything has its price. This production features Darius Delk of Somerset, Katey Sabo, Zetta Cool and Melissa Kaban. Directed and Choreographed by Desirée Caro of Montclair.

THE FOLLOWING PIECES WILL BE PERFORMED AS “PROGRAM B”:

Ping by Mary Jane Walsh
A one-woman play that depicts, in a riveting fashion, a mother's unwavering love for her grown child. This production features Teri Sturtevant of Hillsborough. Directed by Arnold J. Buchiane.

Ties by Eric Alter of Livingston
A father and son cannot communicate with or accept each other until forgiveness for either of them weighs too heavily. This production features Frederick Gallo of Morristown, Matthew Cronin of Chatham and Mike King of New Providence. Directed by Jon DeAngelis of Chatham.

Tech Support by Henry Meyerson
A tongue-in-cheek look at what we suspect is really happening when we call the Tech Help desk. This production features Liz Royce of Cedar Grove and Kristin Bennett of Montville. Directed by Maybelle Cowan-Lincoln of Morris Plains.

Couples Therapy by Amanda Mayer of Livingston
What goes on when a wife drags her husband to a marriage counselor? This production features Colleen Grundfest of Warren and Lewis Decker of Millington. Directed by Steve Catron of Mendham.

The Fruppum, Alabama, Chamber of Commerce by John Dowgin of Spotswood
Two old codgers run gas stations across the street from each other since forever. One talks a blue streak, the other mumbles answers. One thinks they are identical copies of each other, the other knows different. When modern life enters, the differences begin to show, and the quiet one wins the day. This production features Jim Clancy of Basking Ridge, Kevern Cameron of Hamburg and Chip Prestera of Stirling. Directed by Joann Scanlon of Chatham. 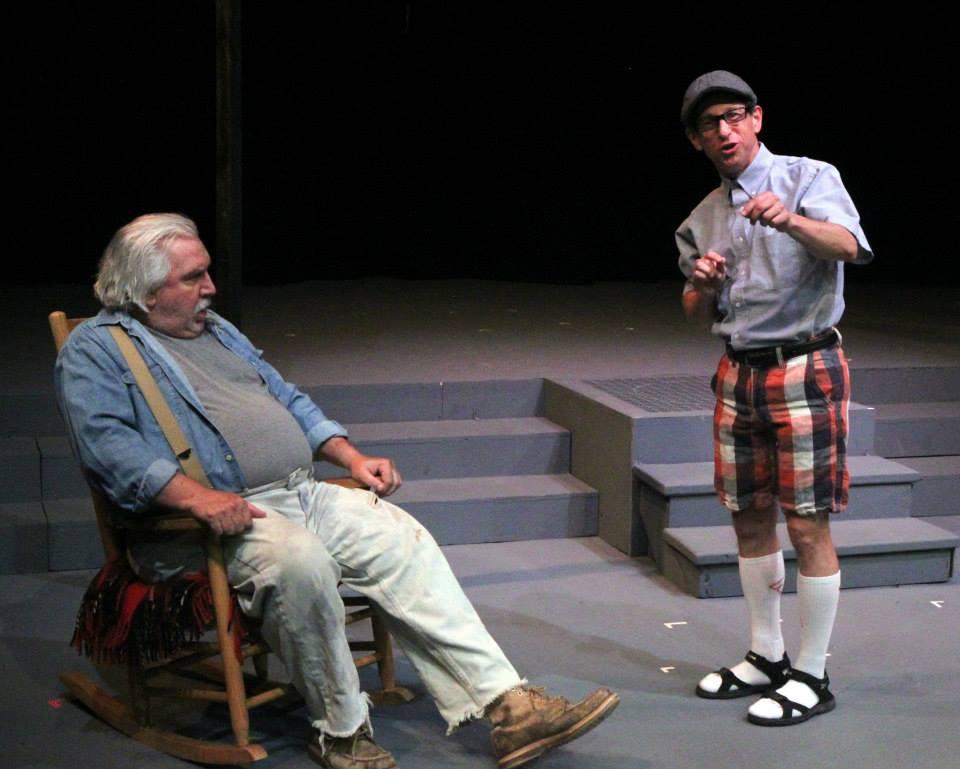 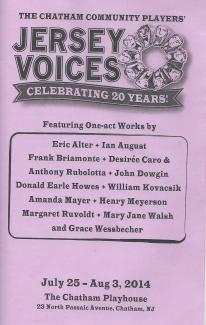 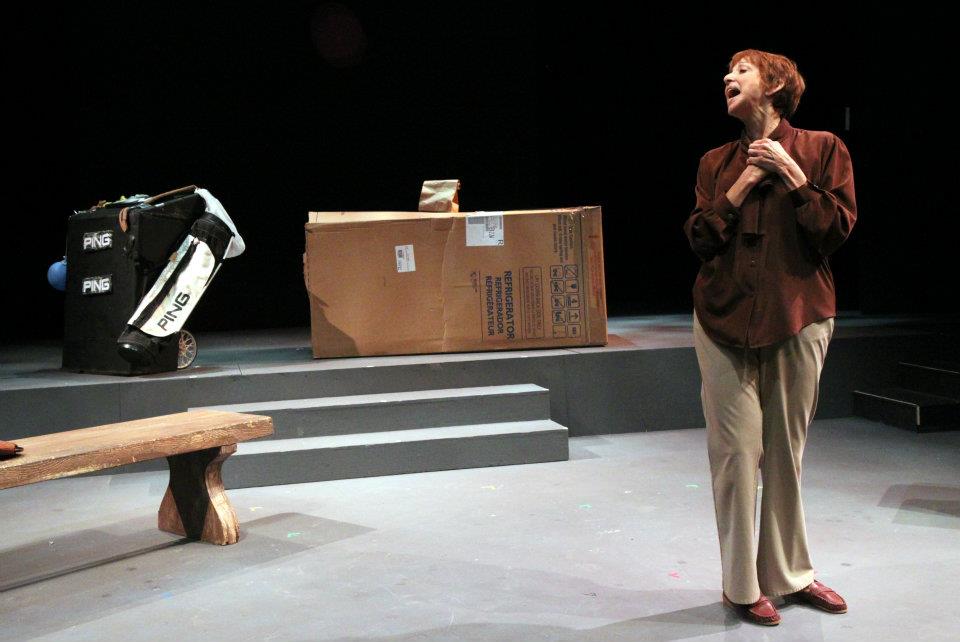 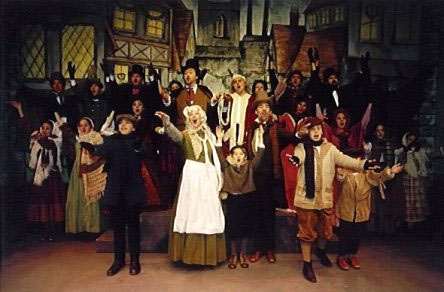 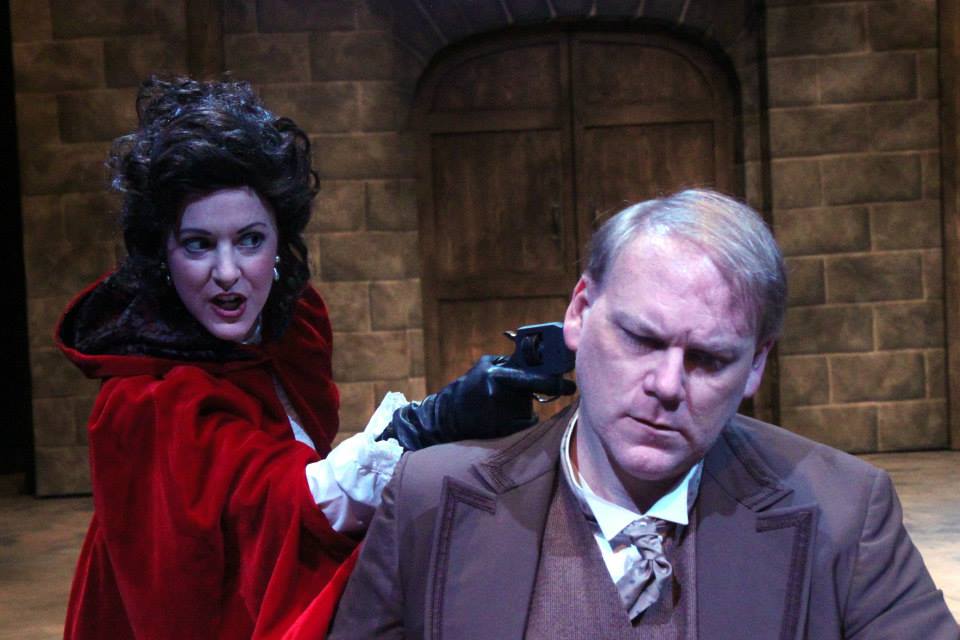 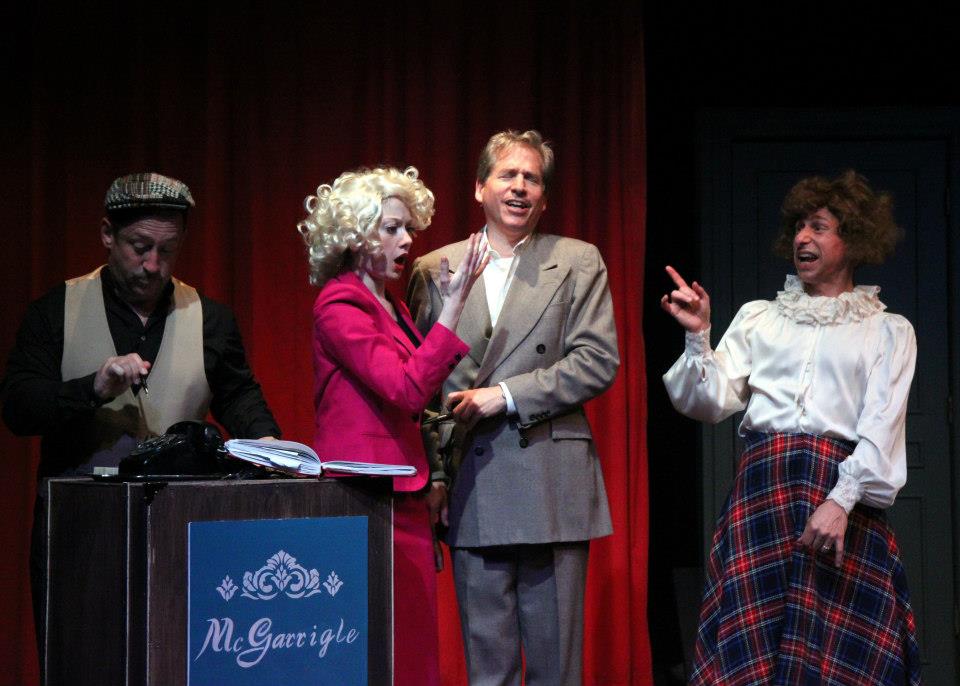 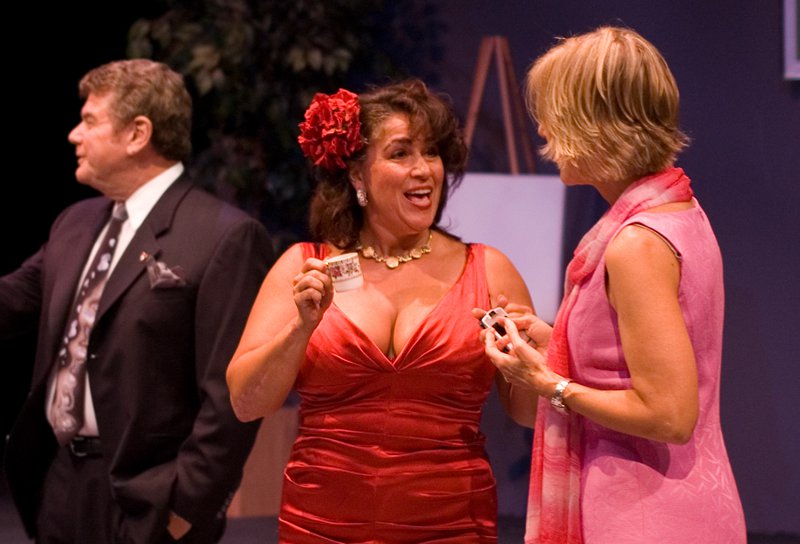 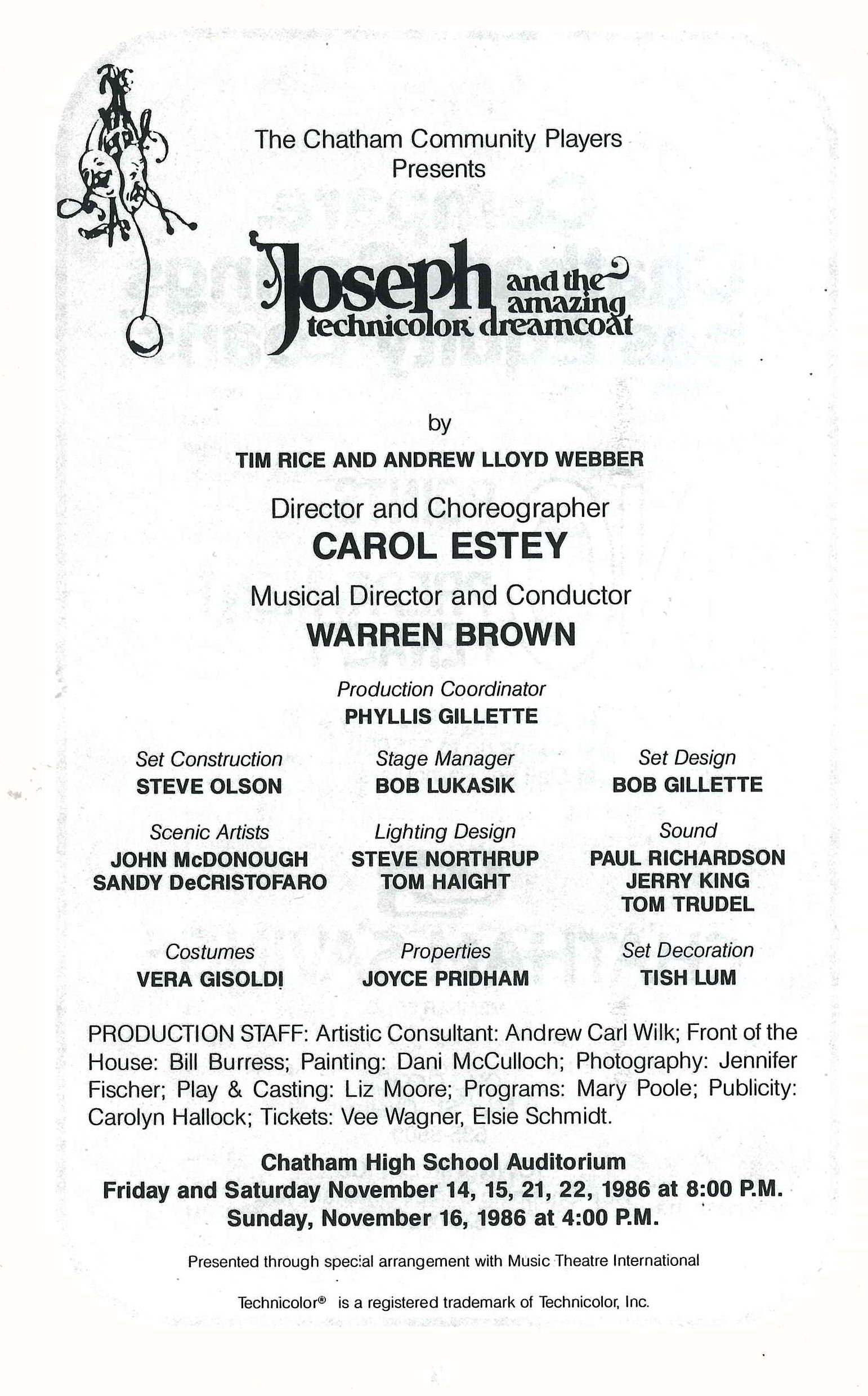 Joseph and the Amazing Technicolor Dreamcoat (1987)